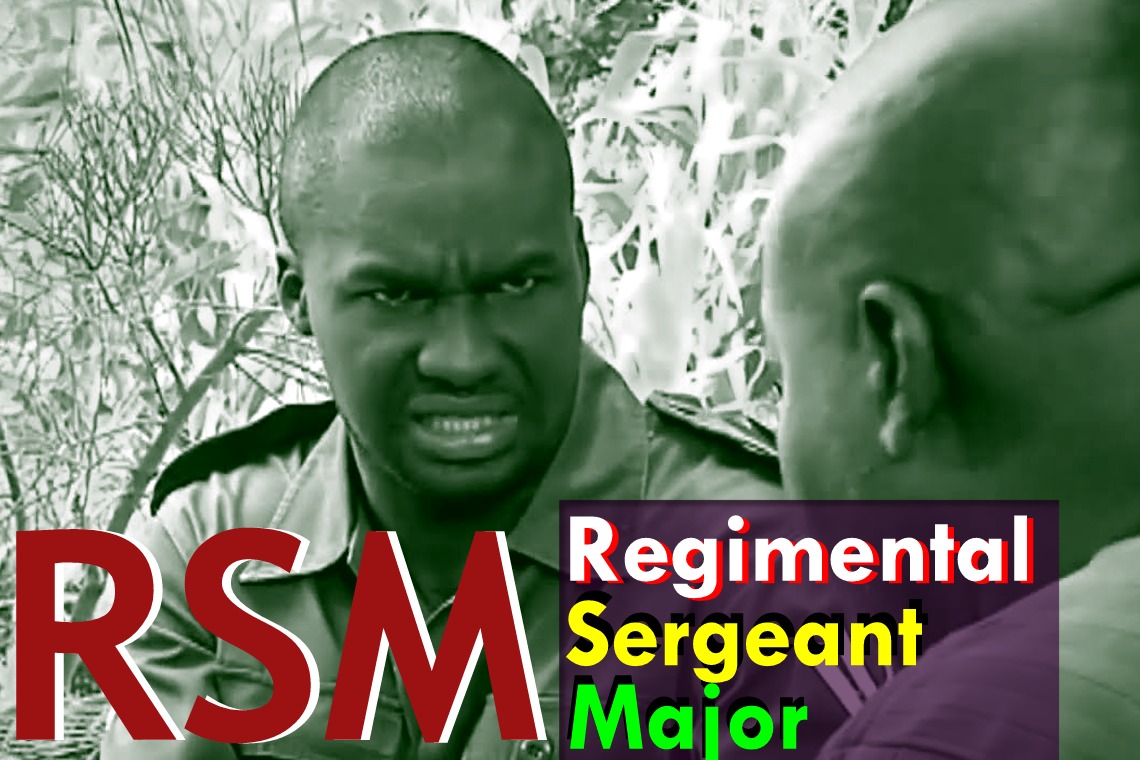 RSM – Regimental Sergeant Major is a Ghanaian television comedy drama that was written by Efo Kojo Mawugbe and Produced by Ivan Quashigah for Farmhouse Productions. It was directed by Derek Sewornu and Makafui Zimrani.

As the title has already given itself away, the comedy drama is military themed and the setting for the drama is the house of the RSM – Regimental Sergeant Major.

READ ALSO: Download Things We Do For Love Full All Videos

If you are a fun of comedy, this motion piece will crack you up like a dry nut. There are many funny scenes that will get you and anyone watching laughing from one scene to another.

HK Gyakpasu reports to his RSM for the first time and meets his absence. Lance corporal Alhassan grabs this opportunity to practice his drill skills on lance corporal HK Gyakpasu.

Unfortunately for him, the RSM walked in on him abusing lance corporal HK Gyakpasu and halts his action. The RSM them punished corporal Alhassan for misbehaving.

What would be lance corporal Alhassan’s punishment and how will the RSM welcome the new lance corporal to his regiment. Watch the full video below to find out as it unfolds.

You can download and watch RSM – Regimental Sergeant Major later if you don’t have time to watch it right away.

Did you enjoy watching RSM – Regimental Sergeant Major? Share it so that others will also enjoy it. Don’t forget to subscribe to our notifications to receive the latest one as soon as we publish them.

How hollywood got fashion magazines all wrong 0

The unconventional guide to cultural solutions 0

Why you shouldn’t eat best store in bed 0