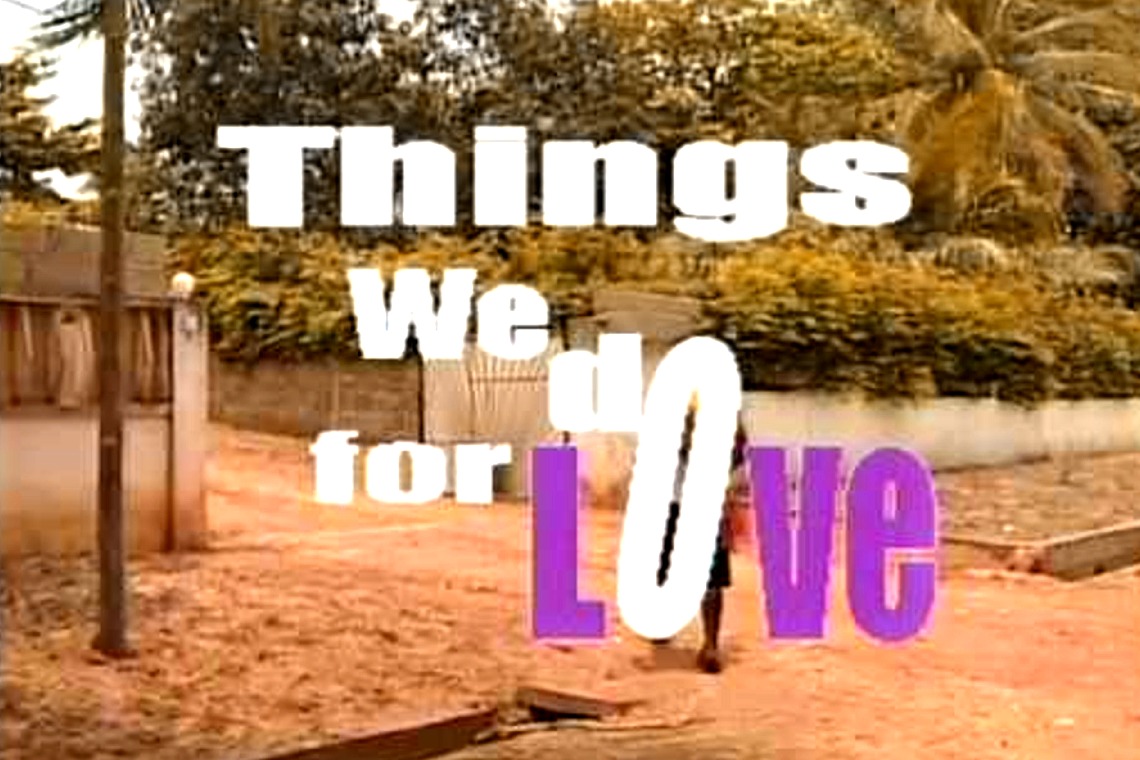 Things We Do for Love is a Ghanaian Teledrama that is educational and entertaining. Just like its title, it talks about the things the youth do becaus

Things We Do for Love is a Ghanaian Teledrama that is educational and entertaining. Just like its title, it talks about the things the youth do because of love. This TV drama series was first telecasted on Ghana Television popularly known as GTV in the year 2003.

Things We Do for Love was a hit back in the days and is still watched by many today. This entertaining drama series featured popular actors and actress like Jackie Appiah, Adjetey Anan, Majid Michel, Zimran Clottey, among others.

Synopsis of Things We Do for Love

Things We Do for Love is about youths and their lives at school and home, with their parents getting in their way. Pusher (Adjetey Anang) is in a relationship with Dede, but has other girlfriends. He is the cause of nearly all the trouble in the neighbourhood. His friend BB seeks ideas from Pusher to attract Marcia.

However, Marcia’s brother has romantic feelings for Dede.

Shaker (Majid Michel) plays a Lebanese working in a hotel and a womanizer who could make a lady “melt” with his sweet words. His personality leads him into embarrassing incidents.

His attempts to use those charms on Enyonam (Jackie Appiah) won’t work either as she is in love with a calm guy in the neighbourhood, although they are both unable to live in this dreamland called Love, as she lives in fear of her Father.

Watch and download all the episodes of Things We Do for Love below.

I bring to you all the 40 episodes of Things We Do for Love. You can watch all right here. You also have the option to download them unto your devices so that you can watch them later.

Things We Do for Love Episode 1

The first episode of Things We Do for Love shows Pusher and his friend BB who were almost hit by Marcia. Marcia upon realizing her mistake panicked and run down from the car straight to Pusher and his friends to apologize but Pusher wouldn’t take any of that. BB, Pusher’s friends, was calming him down but he seem not to heed to his advice.

Watch the full video above to know what happened next. Did Pusher and his friend allow Marcia to go or they punished her for the mistake that almost cost them their lives?

Things We Do for Love Episode 2

Dede’s mom found out through a phone call that her daughter was in a relationship, she tried finding out who the caller was but the call went dead. As protective as she is, she started digging into Dede’s letters to find out who this lover boy is.

Would she find any useful information that will lead her to the lover boy of her daughter? What will happen to Dede now that her mom knows about her relationship with the lover boy?

Why our world would end if living room decors disappeared 0

Why mom was right about cool tech gadgets 0

What wikipedia can’t tell you about love quotes 0